Behind the Scenes of State’s New Human Trafficking Unit 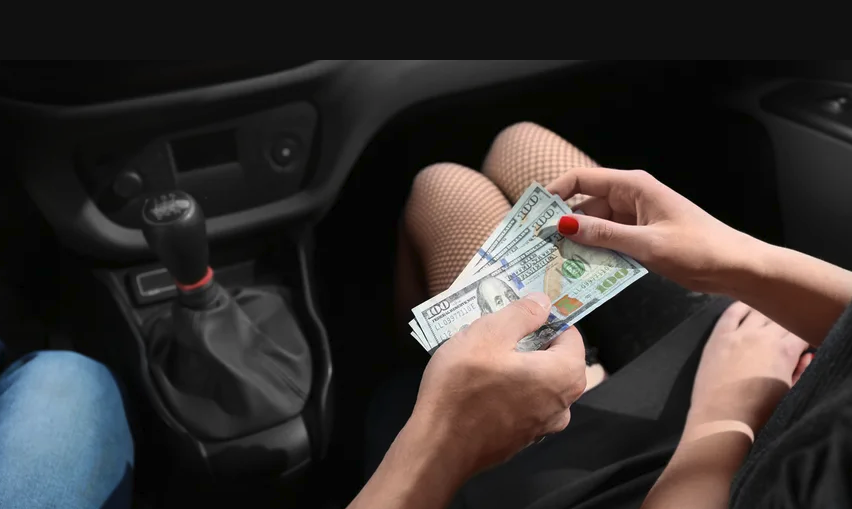 “I didn’t see my career going in this direction, but things happen for a reason,” Wall said.

He runs the North Carolina State Bureau of Investigation‘s new human trafficking unit. He’s a team of one.

“I’m the only person doing this full time in the state,” Wall said.

Last month, Special Agent in Charge Wall was at a hotel off HWY 52 in Salisbury and was joined by a couple dozen other law enforcement officers. We followed along during one of his operations.

“Our goal tonight is to do a rescue mission. So, we’ll be calling or soliciting girls to come to us,” Wall said.

The girls are potentially human-trafficking victims, but unlike prostitution busts, they aren’t getting arrested. They are getting help if they accept it.

Wall, agents from the department of homeland security, and local officers squeeze into one room at the hotel. The hotel doesn’t know they are there.

They spend the night scouring an aggregator that compiles websites where sex is advertised and identify people who may be trafficked.

“Photographs that aren’t selfies, so they are taken by another individual, maybe pictures that are taken in a hotel room,” Wall said.

They focus on girls who look like they are under 18 year old.

“We’re looking for minors. That would be the goal,” Wall said.

Once an agent makes contact, often through text, they attempt to convince the person to come to the hotel we are at.

It doesn’t take long to make contact. Some of the girls are as located far away as Charlotte.

The first car pulls up and drops a woman off. She thinks she’s meeting the man she was texting with. Outside, police are ready to confront the potential trafficker.

We watch as cameras, police discreetly put up in the hotel, follow the girl upstairs.

As she goes into the room police identity themselves, tell her she’s not in trouble and then offer her help, which comes by way of Hannah Arrowood.

“The first thing that I say personally from our team to them is that they matter and that there’s someone who actually cares about them,” said Arrowood who is the executive director of Present Age Ministries in Concord which works with human-trafficking survivors between ages 12 and 18.

“It’s astronomically big. I think we like to measure it on prosecution rates and arrest rates and the reality is you don’t always have an arrest even though you can identify a victim,” Arrowood said.

She says police are tackling the issue a lot differently than they used to. She’s been on about a dozen of these operations.

“10 years ago the approach would have been different where service providers wouldn’t have been on site. But now, allowing that opportunity to where you can connect directly in the moment of crisis with need, and tangible access to needs, I think creates a huge bridge,” Arrowood said.

As for the woman we watched come into the hotel, it turns out she was older than police thought. She’s 26 and refused to accept any help from a service provider.

“It takes six encounters with a trafficking victim to get them to want to see that this isn’t normal,” Wall said. “There is a better life out there and we can help them.”

The good news is later that night a victim did accept help and left the hotel with a service provider. The man who dropped her off was arrested for drugs found in the car.

“Anytime we can get one person off the street for a period of time…for at least one hour we have an opportunity to save her life,” Wall said. “Doing something is better than nothing.”

If police meet a victim under 18 year old, a service provider will take them and police will contact department of social services.

The SBI does these operations around once or twice a month. Wall says they’ve encountered over 50 victims since they started last year. He said around 10 have accepted help.

Wall is supposed to have a team of eight because he wants to do these operations much more frequently. It’s in the budget, but because the state hasn’t passed one yet he’s not been able to build his team.